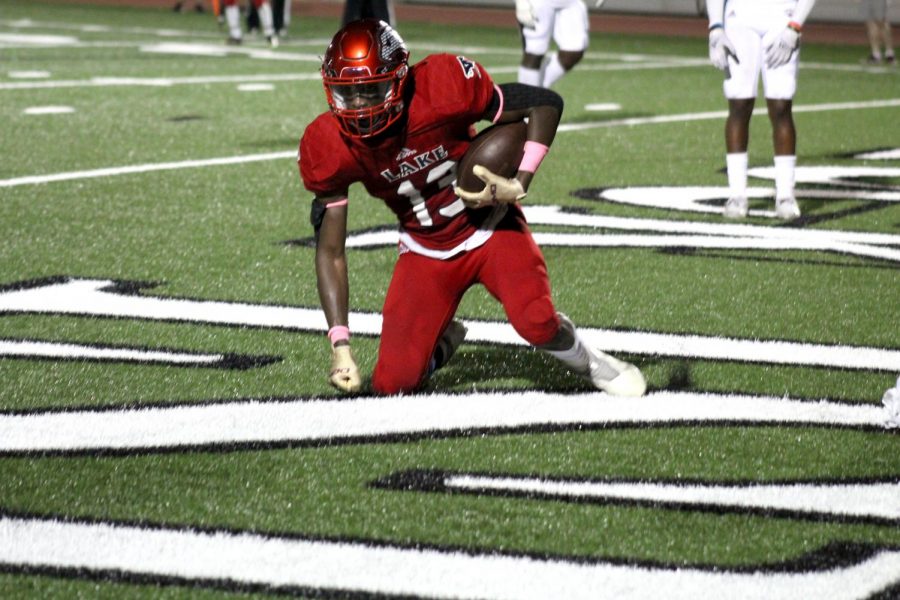 The varsity football team was defeated 54-35 by the Clear Creek Wildcats. The game took place at Challenger Columbia Stadium and was the Homecoming game for the falcons.

The Falcon’s 35 points weren’t even close to enough to stop the high-powered Clear Creek offense. Clear Lake went scoreless in the second half. The defense however only gave up 19 in the second half after giving up 35 in the first half.

On the defensive side of the ball Senior Jake Pubentz had a sack and a forced fumble. Senior Julian Humphrey had two pass deflections.

The offense reigned supreme in the first two quarters with both teams scoring 28 in the second quarter alone. The two teams combined for 70 points in the first half. Clear Creek would take over in the second half shutting down the Falcons offense.

“The homecoming game is a big game for us,” Donovan Chavis, a senior DT player said. “They just wanted it more than us.”

The game hits home a little harder for players with it being the homecoming game.

Following the loss, Clear Lake fell to 3-5 on the season following a 2-0 start. Clear Creek on the other hand improved to 3-5. The Falcons have two games remaining against Brazoswood and Dickinson.

The Falcons now sit at sixth place in the 6A Region III 24 district standings. They currently have a 1-3 district record. Their next opponent, Brazoswood, sits at fifth place with a 4-4 record.

Their next game will take place at Brazoswood on Friday, Oct. 26 at 7pm.