Pointers for the Next Principal

A Q&A of What Staff and Students Expect Next Year 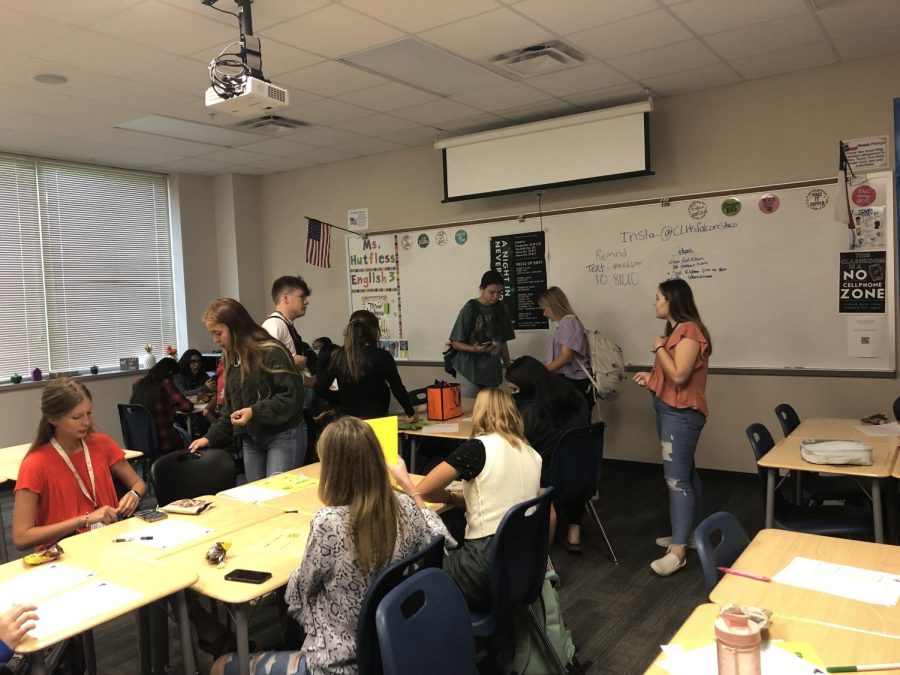 On March 2, Principal Mr. Drake announced he would be retiring after this year. The news hit hard in faculty and students’ hearts but was still received with nothing but support.

When the announcement was posted to Clear Lake’s Instagram page the comment section was flooded with statements lamenting and reminiscing Drake’s time at Clear Lake.

“Thanks for all the wisdom and hard work Drake,” one student wrote. Other statements, however, were a bit more comedic. “Life will not be better at the lake for my senior year huh?”

Nevertheless, it’s obvious Drake will be missed for years to come. That doesn’t distract from the new focus on finding his replacement.

Recently, the principal advisory board, a group of hand-picked students, has met with Drake to discuss what the student body might want in their future principal. On top of that, the school has administered a survey for students and parents to identify what they hope to see in the next year hire.

Although it’s impossible to be known for sure, from gathered interviews, here’s what administrators might be able to expect from their methods of feedback.

What does a principal mean to you?

According to freshman Anaya Patel, principals are employed to listen to both staff and students. “Principals should look at different perspectives,” Patel said. To multiple students, they appreciate a principal who puts effort into understand the student body; It builds trust.

Others mainly appreciate a principal who’s realistic and adaptable to individual students. “[Principals] lead groups of students to their goals without being too overarching and irrational,” freshman Jason Sha said.

Both students and teachers have agreed to this.

“A principal is someone who inspires others to be the best version of themselves,” teacher Ms. Smith said.

Overall, these statements point towards one overarching value: Principals are dedicated to both staff and students, 100% of their effort goes towards maximizing an individual or group’s strengths.

What did you like about Mr. Drake’s work ethic?

The definition of principal expressed earlier aligns with what has been appreciated about Mr. Drake’s support and school interactions.

According to many of the interviewees, one of Drake’s strongest qualities was his communication and dedication to the students. Not only would Drake interact with individual students, he would attend their competitions to see the student’s point of view. This action directly built and supported the trust between Drake and every which student.

“I like that Mr. Drake is a very visible principal,” teacher Ms. Hawkins said. “In little and big ways – he cares.”

Hawkins admits that his efforts to be present and active with his personnel and students inspired her to be a better teacher.

These qualities, however, are only part of Drake’s signature attitude. According to both staff and students, Drake was constantly positive and willing to interact with those around him.

Even a student who had very few individual interactions with Drake had a comment on this. “One thing I liked about him was his inclusivity of all students,” the student said.

There’s been appreciation for Drake’s outgoing personality in every corner of the school. Teachers especially applaud his ability to encourage education no matter the person, students or staff.

What do you hope to see in next year’s principal hire?

Drake 2.0. That just about covers it.

It’s been expressed by both faculty and the student body that Drake was the closest thing to a perfect principal. As a listener and leader, Drake went above and beyond.

There’s a position to fill next year nonetheless. If students and staff can’t have Principal Mr. Drake, what comes next?

Teacher Ms. Mayeaux (I’d check the spelling of her name, I’m not sure this is correct but I also don’t have her as a teacher anymore) looks at the new hire with optimism.

“Our new principal will bring fresh idea to CLHS,” Mayeaux says. Among teachers this is the majority opinion. Students however have had mixed reactions in their interviews.

Many have expressed they don’t know what comes next. ‘Just be like Drake,’ is a phrase that’s been said many times.

Some students do have foundational requests though.

“I hope the next principal prioritizes creating relationship with staff and students,” one student said.

This is a quality Drake displayed while principal, and it’s clear it has made an impact if students continue to hope for this characteristic in the future principal.

According to Ms. Smith, students and staff are also looking for a similar leadership style. One in which the high demands of a principal are balanced with support and encouragement for the staff and student body.

All in all, the faculty and students of Clear Lake are going to miss Drake’s ability to conduct a school. For the future, many are hoping his attitude and work ethic are carried on by whoever is passed the torch next.